This is a story of our spiritual experiences in Peru from 2013 and what we believe is true according to our visions facilitated by angels.
It has stories of old Inca civilization and some city ghost experiences. 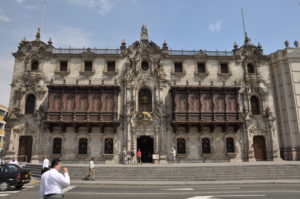 A young ghost at 1st floor (a room with white furniture) said she was raped in the room by a great priest that she had a baby with. The boy was kept in the palace as altar boy. She wanted to take him and run, realizing the sin. When she took the child to run, although the palace was full and many other women were there, she was strangled in front of the door. As a ghost, she probably lingered to see what would happen to her child. The boy didn’t have a better faith. He was kicked out in the streets soon after.
Many rooms have psychic attack on the crown – the Archbishop’s room (first on the left of the stairs) being the most active. This includes the secretary’s room, but not as active (psi attack for women). The only pleasant rooms were the ones that women were received in. The priests had multiple babies with multiple women. 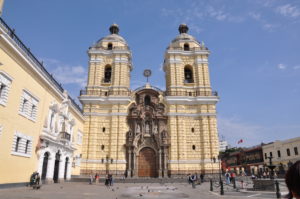 In the choir there were three grey entities like some grey “dementors” (with long triangular shape). I asked them what they were doing there and they said they were defending the graves.
On the corridors and in the library there were many souls. Then in the dining room there were three entities like some blue “genii”. One of them became very vivid as the guide put her hand through him. They were giving out information as to what the monks were doing. I had a vision that the dementors, the demons and the genii were invoked in this room. This room has only two very small windows that were being shut when the incantations were chanted. They also said that the paintings were turned and different paintings displayed. There were some other foreign monks that were taking part in these rituals.
In the underground there are many souls and genii. In a pit underground there was a demon and a black soul next to a grave. It was confirmed that the souls could not go up to God due to dementors and genii, probably a way of reducing the number of the souls. Here only Catholics were buried. 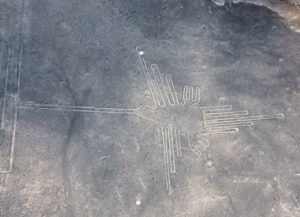 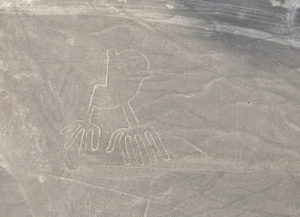 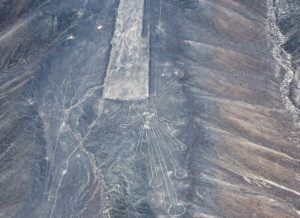 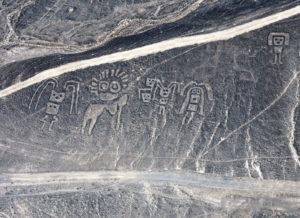 There were two types of drawings, some older and some newer. The new ones were elaborate: trees, birds usually animals or flowers and the older ones represented humans. We believe these drawings were done by the aliens as an amusement for the high ranks while they were being flown in the spaceships over the Nazca desert. This was made as a sign of friendships between the locals and aliens in order to be allowed by the locals to recharge their ships with energy.

The catholic priests decreased the Inca’s vibration with an altar with more silver than gold. Not to mention that they destroyed the previous worshiping shrines of the locals building right on the former site. And with the help of the Inquisition (and many such prisons can be visited and the horrors can be told) they forced the new religion and the new churches on the locals.
At the end of Tradpata street we saw the ghost of an old woman that was going to and from to the former sanctuary. A vision on the sanctuary at the end of Tradpata Street: there were in total 5 tunnels looking like cones empty on top. From some of them there were tunnels going to other countries.
That is how the aliens were communicating – they were landing on the cone and probably communicated with visual images. That was long ago – 5000 or 6000 years ago. Probably the inquisitors wanted their power but the locals did not know how to call for the aliens as they did not come in a while. We assume that the inquisitors built the church and put the dementors to guard the dead in the underground to create a natural shield so that no human can go into the tunnels. 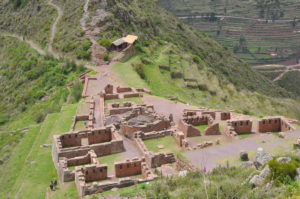 Here there are two big stones, one with a green aura (in the garrison), and one with an orange aura (in the temple).
I asked and I was told that this is about 6000 years old and that there was an exchange. In exchange of the gold the aliens helped them with the agriculture (terracing) and especially with finding water. The aliens collaborated to these constructions that nobody could combine like this even in the modern world.
From the energy of the graves in the valley, we inferred that the people who lived here were happy. 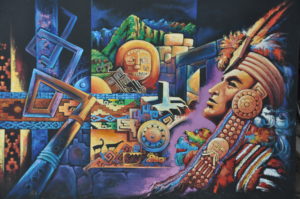 At night we dreamt an Inca chief with that was wearing a big headdress that was outside on the field along with all the village. They were being attacked with bombs by small ships of aliens during the night time. It looked to them like a volcanic eruption and they didn’t understand how the bombs worked at all. The Inca chief and other important people were abducted on the ship  in order to be inoculated with small worms (the aliens looked like really big worms). It was during a heavy rain, during the monsoon. Outside there was children clatter and big disquiet. The villagers were astonished and couldn’t grasp why the gods (as they perceived the aliens as some gods) were upset with them. They would have given them anything. The aliens were like big warms with big teeth. Their skin was shiny and they liked the local women very much. They even devised a special garment for people to wear to look like them, with many big scales. Also, when the aliens showed in front of the people, they were wearing a mask on their face and had their body covered.

The picture featured in this post is a painting from Cuzco. It is most likely painted by someone who probably dreamt the same story we described here. 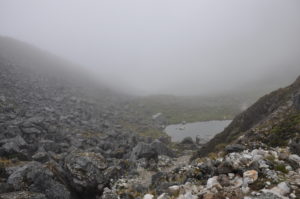 I had a vision with white ships, very long time ago (4000-5000 years) with tall, white aliens (blond with blue eyes). They were really a happy sort and only prospecting the area and the villagers. At night time I heard zooming. The alien ships were looking like long white shining cigarettes and were giving a bass sound while they were projecting light over the ground. They were looking for energy. 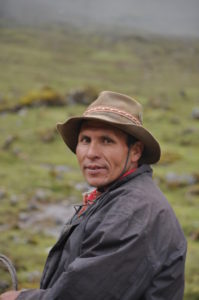 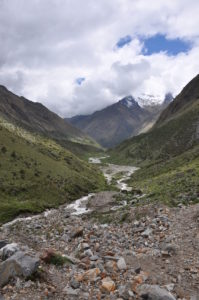 The Inca chief got inoculated and now, being manipulated by the aliens and the foreign consciousness inside his brain was praying and obeying these aliens, making everyone follow in his practice. But this village did not want to follow and the villages were divided. At night they were making weapons, some being spikes with animal heads on top to scare the aliens. They stayed independent as the aliens never came to this village (only one came and went back)

I’ve seen a big inquisitor with a big book, judging the locals. 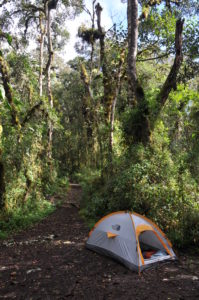 Sleeping in the middle of the forest up on the top, I’ve seen

We created a crystal grid and were defended by our alien-friends from the fourth dimension, the Arcturians. They created a big dark blue cover around the tent that looked like a huge genius – to scare away the genii that were flying at night.
The rain also guarded us from the small animals that were moving everywhere as soon as the rain stopped even for a small bit. The food we left out the tent was not touched. We thought there were small chinchillas in the forest. 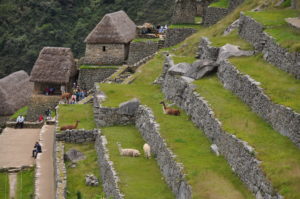 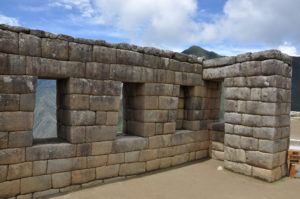 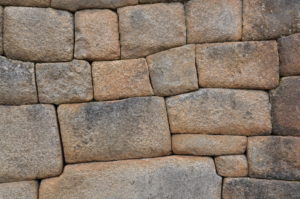 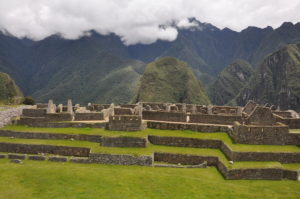 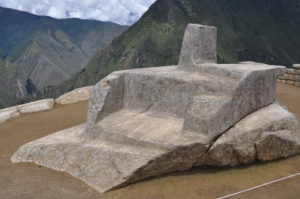 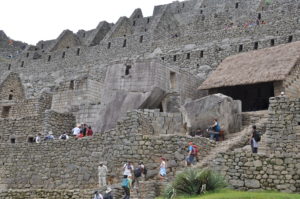 Machu Pichu is still standing, after at least 4000 years. A civilization mysteriously lost, we think, abducted.  The good aliens helped them to build perfect masonry (way before the bad aliens came), houses that kept warm/out of wind and rain because of energy fields, healing rooms that would heal the sick, create agriculture and raise animals in an area one would think impossible, and most importantly, develop a system of small villages connected through them. Not to mention they seem to have a spaceship landing area. Many mysteries to which the guided only prompted “Think with your heart”.  This because they are forbid to sat what they know. We were stunned, all our visions until now turned out to be true and this was our final stop on the Salkantay trek which we chose to follow. 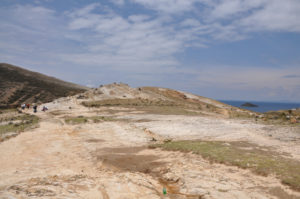 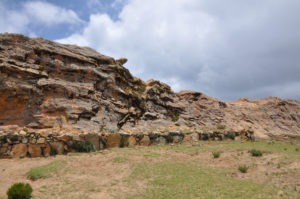 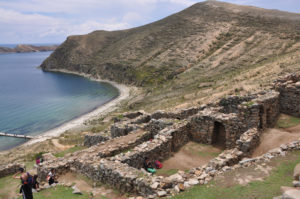 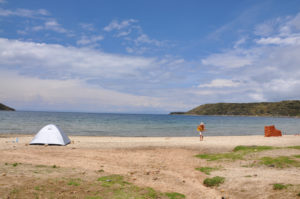 Isla del Sol in Bolivia is our final destination. Isla del Sol has a rock formation that represents the Sacral Chakra of the World. Also a rock formation is Uluru & Kata Tjuta in Australia that represents the Solar Plexus of the World. The orange energy floods this island. There are many shamans about ready to make a quick meditation with you, and the creativity abounds. You are not allowed on top of the main rock (Roca Sagrada), but anyone regardless of their spiritual level can make a meditation and flood themselves with the creativity of Sacral Chakra. There are traces of a settlement here, definitely some ancient gurus/priests that were living right here, probably this was an ancient pilgrimage place used both for healing and to obtain insights. And seeing there is so much femininity about, many tents and ‘easy living’ on the beach nearby.

The power of will