I started applying the same angelic-intuitive method of painting mandalas in order to get insights into the years ahead. I started in a year of health and financial difficulties for us, the year 2018 when Romeo was still in hospital with lung problems, that after the previous year he contacted a virus in Kenya that destroyed his heart. Now something similar happened, all of the sudden clots in his lungs. 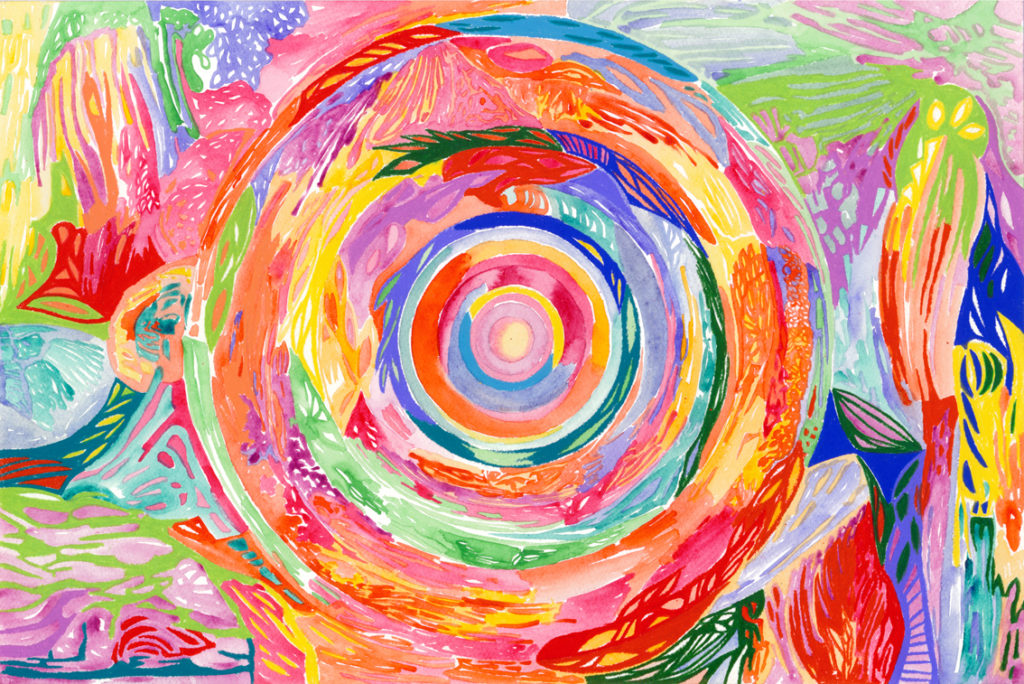 In the first day of the year 2018 I set my intention of finding new resources to fight the psychic war, to find new solutions to improve our health, and to get new ideas into our creative pursuits. Although 2018 is resulting to 11 adding up to 2, I had the insight to draw instead for 1 – a year of new beginnings. Partly because I felt that in 2017 the real beginnings could not kick start, it was all a mire in which we would just get deeper and deeper. So the above mandala was produced, with the intention to paint the year in course of 2018. We can see a psychic war is going on, with weapons that alter the human mind, behaviour and even good health. The good and the evil are fighting over the planet and the people. 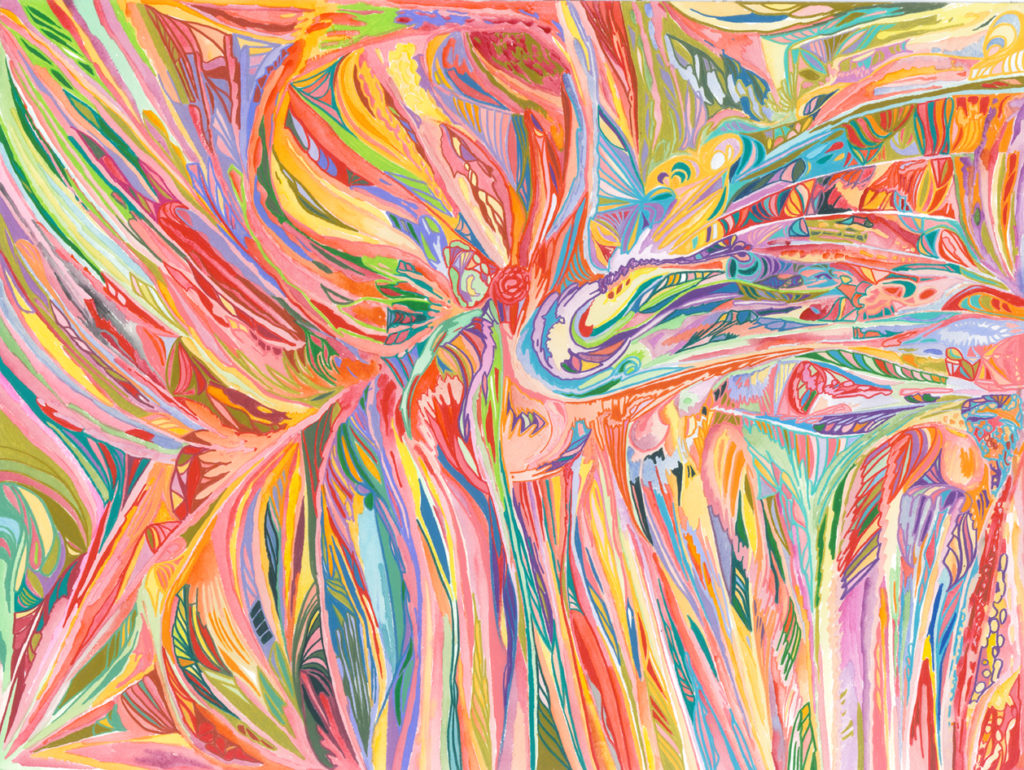 In 2019 however I set my intention to paint the year 2019 years away from the birth of Christ. 2019 adds up to 3, being a fully creative year. This year shows a battle on an educational level, a resurrection of values in art and a fight of artists to self-express themselves. On a political level, it shows the struggle of Europe to survive, both culturally, ideologically, and not less, religiously. Strange as it seems, last year was anything but creative to me, along with this year everyone was more or less forced to get back to their own values and to start a new form of self-expression or start from scratch a new art. I re-started some of the artistic forms I lost in time, and one is playing the piano. I also diversified in painting, starting a course in Children Illustration.

That being said, the above mandalas can be used to get new insights how to fully use this year for our advantage. The year above is I believe the year we are on and can still be used to get back to arts and culture.

The mandala on the cover represents the year 2020. Now numerologically 2020 suggests a year of re-balancing of the inner with the outer, true values to be shown, and all in all a year of revelations. Now it does not seem to me much was revealed this year and I know many good people that did not see a penny just yet. The good news is, I believe that next year will be the real 2020 (that is 2020 spins around the sun since the birth of Christ). I believe that in the 18th century when they re-calculated the years someone added on purpose one extra year to the calendar in  order to get us energetically confused. Because that would mean that also in our birth certificate we would have one year more. Now my date of birth would add up to be 8 for the soul journey, but I do not feel ever as a successful woman that the abundant number 8 suggests. Everyone , my parents, colleagues, tried to impose the energy of success on me. I believe that my soul journey is 7 (as if I was born in 1977) that is a seeker of God. I’ve been looking for God all my life and tried to understand his reasons for saying what he did. One simple thing I wanted to understand is why Jesus said „Do to others as you want to be done to yourself”. Not only it comprises the 10 commandments, but what you do to others will impose a force on the Universe that will trigger a re-action that will serve you the same energy back. This means, you will get exactly the energy you sent forth(if not more anger was collected in the meantime), and you will collect the result of your actions (that is, if you don’t pay a poor freelancer his 200£ that is for him 2 weeks of rent and bills, this is what you will get. You need to think carefully what 2 weeks of lavish living mean to you, because that is the payment you will receive – in minus.)

So that being said, I believe the mandala I painted to represent year 2020 since the birth of Christ, which is on the cover, is what will happen in the next calendar year. In the year described I can see that the political front moving to England almost exclusively and with that I hope that the trouble in Europe will be gone. That, along with my personal insights in the next year tell me that all the constraints that are now imposed will be dropped in April, along with which many heads from HMRC and other hierarchies will „drop”. I had a vision that in a cold year, people will gather in front of the Parliament and protest for some reason. And the same year, people would gather also in Europe and globally around the world. The year after this commotion, Queen Elizabeth or the Prince consort would die, early in the year, in a cold winter, in a month like January of February. That vision along with the mandala for 2020 suggest that after such a demise the whole England will be thrown into a commotion it will not recover from. That is, Queen Elizabeth and the monarchy kept the economy in balance for her good subjects, and that will be seen after her departure to the next world.

I want to convey a happy message, that next year we will get a part-payment for our conduit so far, we can expect to get recognition or money for work that we’ve done for years, kindness and understanding for our educational efforts, and not only a minus payment if we took without giving back or if we have unpaid debts we avoided paying. It will be a good year to balance ourselves with people in our lives (materially and morally), balance our lives to our real goals because next year we will be able to take concrete actions towards all that we’ve planned in the creative „2019”. It will be a whole year of re-balancing also of Mother Earth, and of people’s attitudes towards our environment. It could mean that nature will strike in places where the balance was long broken (if for instance people rely too much on fish on an island and they fish more and more by the year without respecting the environment. It might mean a good earth shake for their island. Same can be applied for other countries and their respective conditions.)

The power of will