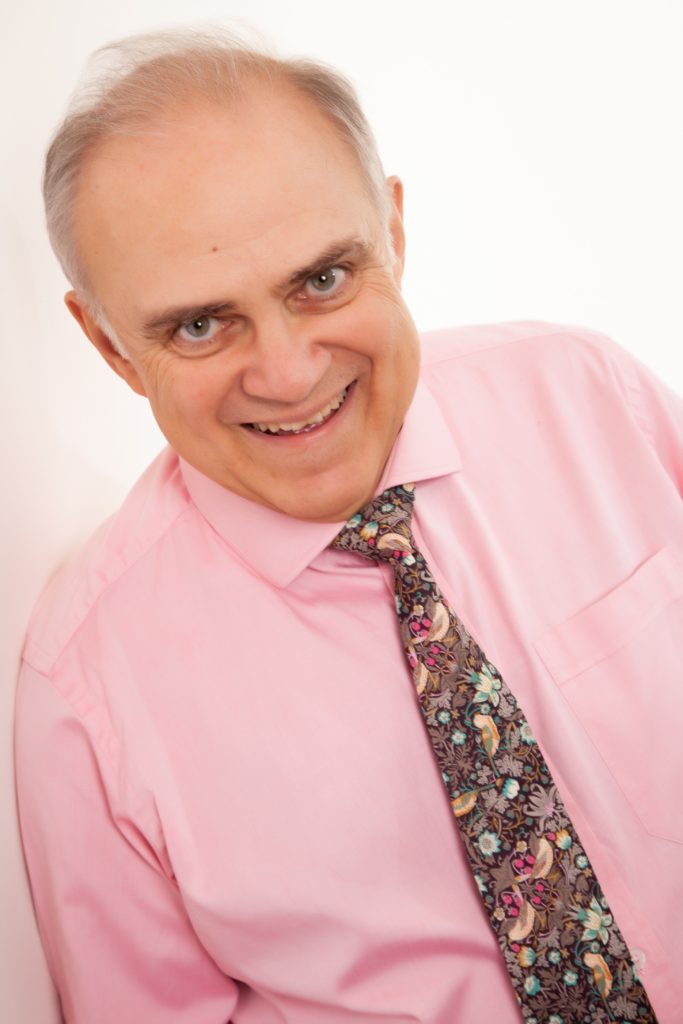 As a top graduate of “Traian Vuia” Polytechnic University in Timisoara, Romania, Romeo is an avid electronics engineer. With a wealth of experience in the field of process computers in the industrial and even domestic field, Romeo has worked for more than thirty-five years in industrial activities, design and service for prestigious companies in the country and abroad.

Born in the heart of Transylvania and raised in the first seven years of his life by his mother’s grandparents, Romeo acquired from a young age the esoteric knowledge of the oldest reign: the mineral one. His grandfather, passionate about mineralogy, crystals and spirituality, believed that all his knowledge would be passed on to his first-born grandson, if he was to be a boy. Romeo being the first grandchild born a boy was thus chosen and his grandfather was striving to teach him everything he knew: how to know the crystals, how to use each of them, how to clean and care for them, how the crystals help to heal, how to cure using the pendulum and many more. Besides all that, grandfather was a great storyteller. And this feature was also passed on to the little grandson, who also became a young storyteller. The destiny did not want Romeo to focus on these activities at that time, as the times were not favourable and so his father opposed them, urging Romeo to follow physics and mathematics, removing him from esoterism and spirituality. Thus Romeo came to forget completely what he learned from his grandfather and became a very good student in all his education, passionate about physics and electronics. Of course the talent of storyteller remained and all the others remained well hidden as the crystals only know how to do it, hiding at the bottom of the earth and revealing themselves only at the right time.

Only after almost forty years of life, when times have changed, life brought Romeo to a very difficult point. For the first time, losing consciousness following an asthma attack, Romeo witnesses an extra-corporeal experience. The entities he knows on this occasion guide him towards spirituality, but he does not understand their message. Soon a second similar experience follows, in which he is advised to change his life. This time he decides to change something to break his daily routine and enrolls in a dowsing course. He discovers that he has a native talent for divination and the knowledge he has accumulated since childhood begins to bear fruit. He first completes this course and becomes a well-known water diviner, easily finding the places where he had to dig to find water. It even helps to find some main water pipes that were broken underground. Many communities owe him their life-giving water.

He then goes abroad where he begins to collect crystals and learn about them. He is more and more passionate about human bioenergetics and is studying acupressure and traditional Chinese medicine. He develops an electronic device to measure the potential of Jing Distal points and an energy based diagnostic method. In order to raise his spiritual level he acquires a course of DaSilva method that does not delay to show its beneficial effects.

Being increasingly attracted to alternative medicine and coming to the UK in the meantime, he meets Michael Eastwood, crystal healer, author and professor of crystal therapy. Romeo understands that in addition to his profession as an engineer, his spiritual purpose is as a healer and crystal worker, as was his grandfather. Under Michael’s “magic wand”, Romeo is attending two-year courses at the “School of Soul Medicine” and becomes a crystal therapist with a right to free practice in the UK.
Romeo becomes a ‘Registered ACHO Practitioner’.

During this time he meets Luiza in a spiritual workshop. His purpose is to find a partner with similar mindset and activities. During this time they decide to make their own workshop in which they will promote alternative therapies, human bioenergetics, crystals and not least the angelic entities. Luiza being Angelic Reiki master and artist comes with the idea of introducing in the workshop mandalas created by participants as a form of Power art. Thus is born the Power Mandala, a new form of alternative therapy in which an abstract painting with floral aspect drawn by the participants, based on numerology and the chromatic resonance of their own bioenergy, can bring about the improvement of an affection or the fulfillment of a purpose set as an intention.

Romeo comes in this new form of energy therapy with crystals chosen and arranged in a vortex mandala that supports the process of creating individual mandalas. In creating this mandala Romeo uses for the first time in addition to the numerous crystals from his collection, the 44 healing cards from „Crystal Oversoul Attunements” collection and then the 22 healing cards from „Crystal Oversoul New Earth Attunements” collection, created by his teacher and mentor Michael Eastwood. These cards representing different crystals are arranged in different forms to supplement the energy of the existing physical crystals and to facilitate the connection with the „soul” entities of the crystals (oversouls).  At the same time, through his knowledge of numerology and visualization of the aura, Romeo advises the participants towards the best choice of the shapes and colours used. Together with Luiza, he brings in the space of the workshop the Archangels and other angelic entities in order to facilitate the creation of personal mandalas. The workshop was held monthly for seven years, ending with an anniversary event.

In addition to the workshop, Romeo performed numerous healing sessions both locally and at a distance with very good results. In parallel, three years ago Romeo began writing children’s story books, inspired by his childhood with his grandparents and also wrote novels, thus manifesting his side as a storyteller. Also in recent years he and Luiza have traveled a lot in order to raise their vibrational level, visiting some of the richest spiritual places on Earth. Being more and more attracted to working together with Luiza in healing with crystals, over the past two years they both specialized in a new form of crystal and sound therapy called Crystal Sound Activation. Organized under the aegis of Crystal Sound Academy, Luiza and Romeo graduated both courses (basic and advanced level) and specialized in therapy with both sound and crystals.

Currently, besides healing with crystals, Romeo is working on a joint project with Luiza – a set of 49 playing cards with intuitive mandalas drawn by Luiza and an accompanying guide book written by Romeo, made in order to offer those interested an alternative to Power Mandala – A new way to use mandalas in everyday life.